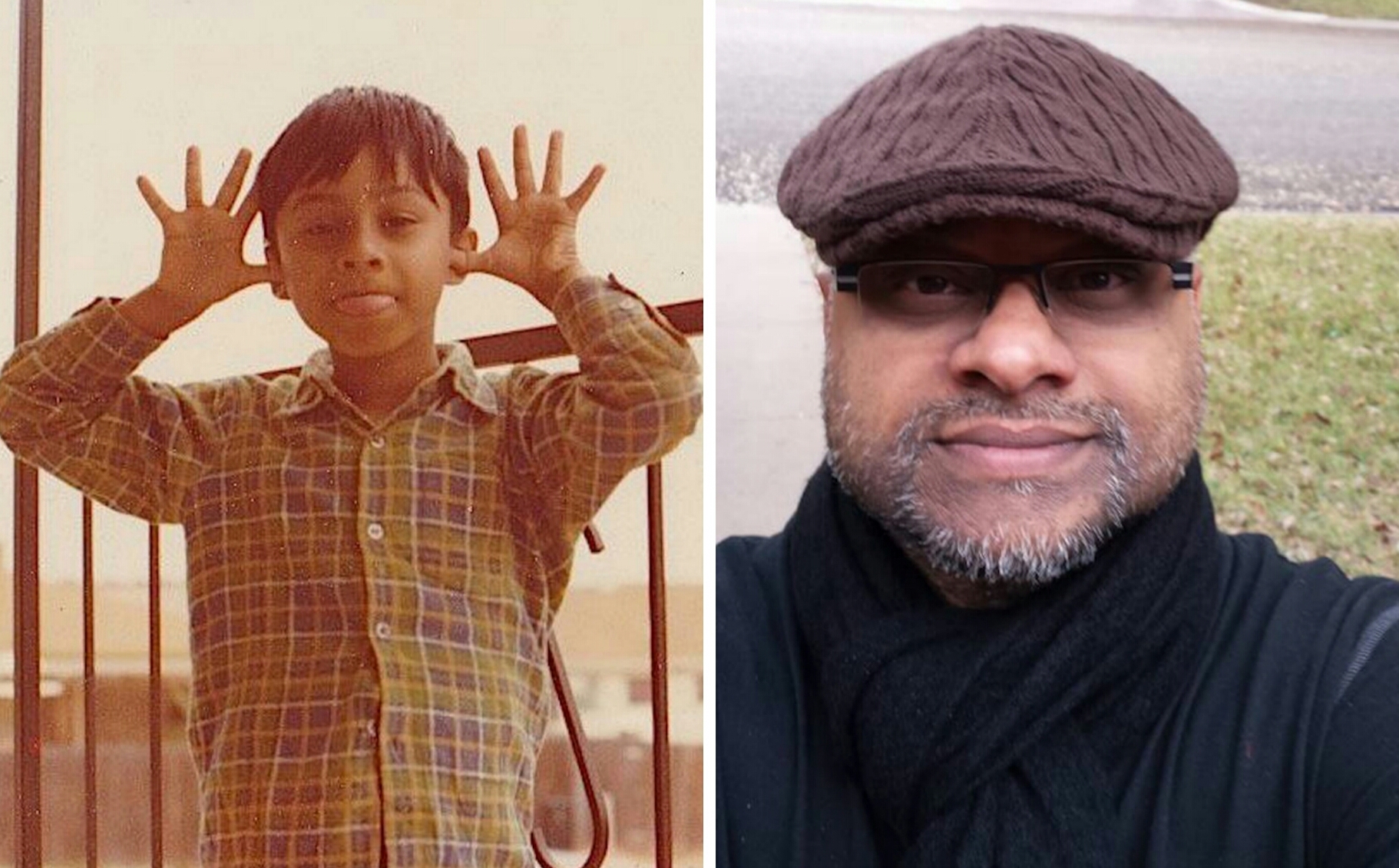 Our #SurvivorSunday feature, Fazlur Prince Rahman Jr. aka Prince, shares a beautifully written and heartbreaking tale of undeviating child abuse at the hands of his father.  This story truly deserves a read and perhaps a prayer at the end.

Young. Maybe a preschooler or a little earlier than that. Picked up and made to stand upright on their bedroom dresser. Arms wrapped around me. Tightly. Pinning my arms to my sides, to keep me from squirming. Immediately I start trying to squirm. An effort to get away. Starting to get scared of the strangeness of the situation. Oblivious to all the comforting noises, and things She is saying, to try and hush me and calm me down. He comes over to the dresser, carrying items. He sets down rubbing alcohol swabs. Then I see him set down a straight pin and safety razor blade.

Crying in fear. Still trying to squirm away. Not able to.

They both keep saying there is a mole, and that it has to be removed. It has to be removed or it will cause problems in the future. Nothing they are saying is understandable to me. I’m young. Maybe a preschooler or a little earlier than that. He pulls down my shorts and underwear. He takes hold of my penis. The sharp pain begins. So does my screaming. She thinks she is holding me perfectly still. She thinks she is preventing me from looking down at what’s happening. She keeps making hushing and comforting noises. Keeps saying calming things. Things that normally mean something to me, I’m oblivious to them.

I’m oblivious to her words because they have me standing roughly sideways to the dresser mirror. In my peripheral vision, that mirror shows me what is going on. I see what He is doing. I feel every bit of what is being done to me. I feel the ongoing sharp pain. It feels like it will never end. I hear my screaming and sobbing. Their voices no longer register. I see blood. In the mirror, I see the blood. I cannot remember when it all stopped. I cannot remember what happened immediately after. It was many, many years before I was able to allow myself to think about this incident. Thinking about it happened only because, one day, as an adult, I finally look at the scar.

It’s afternoon. After school. At the moment, just He and I are home. He sits at the kitchen table, looking over some papers and books. For whatever reason (one wonders why He can’t do it himself), he instructs me to go to their bedroom and get him a pencil from the top drawer of the nightstand that’s to the right hand side of their bed. I do as instructed. No pencils. No pens for that matter. Just a small hardcover book, with some magazines underneath. The book has a picture of a lady and two men on its cover, standing on a yacht. The lady has no clothes on, except one of those sailing hats. The two men have all their clothes on. I’m puzzled. I do not understand the cover. I like boats so I pick up the book and look inside. It’s not about boats. It is just a bunch of pictures of these three adults, and eventually all of them are totally naked. The two men are kissing the lady, and doing other things with the lady, that I do not understand. I start physically feeling strange. Not exactly weird, just really different. Things are going on with my body that I’ve not experienced before. I’m confused and mystified by this boat book that is not about boats. I notice the magazines also all have naked women on their covers. That’s when He stomps into the bedroom, irritated, and barking at me about the reason why it is taking so long for me to find “one stupid pencil.” He sees where I am standing, realizes what I am seeing, and he goes ballistic.

It’s a chaotic whirl of motion. He’s grabbing me by one arm, shaking me, and shouting at me about what do I think I’m doing. In my mind I am saying “this is where you said to find the pencil,” but it’s unable to come out of of my mouth. It is possible I stammered the word “boat”. More flurry of motion. Now this grown man, in his professional suit and tie from work, is grabbing me by the back of my neck. He has a large book in his other hand. I’ve seen it before. It has to do with his job. Holding the back of my head, He is shoving my face into the pages of this large, open book, shouting “You want to look at naked pictures? You want to see dirty things? Here! Look at this!” Then rapidly flips some pages and does it again, with the same shouting and shoving. Then again. I’m petrified. I don’t understand what is going on. I just see that, right in front of me, someone I am supposed to trust with everything in my whole life looks look a frightening monster, with a horrible voice, and is acting like one. I get free, or he lets me loose, or it’s some combination of the two. I run to my bedroom. I hide in the closet. I refuse to come out.

In this early part of life, I worship the ground They walk on. Something changes around 1st grade. I begin discovering just how painfully “human” He is, how hurtfully confusing She is, and how scary it all can be. With 1st grade comes a shift in their attitude towards me. It’s no longer okay to just be the little kid that I am. I am expected to be a picture-perfect, straight-A student. A perfect copy of Them. It’s so strange to be on the receiving end of his blows, while He screams questions like “Are you brain dead?”, “Are you brain damaged?”, “How can you be so stupid?”, “Are you mentally defective?” No response for him, He screams more and hits me more. If I do respond, He screams more and hits me more. Any time I give him the 100% honest response of “I don’t know,” He really screams more and really hits me more, shouting “How come you don’t know?!” Every day? No. Every two to three, or four days, perhaps. Year after year. After year. On the days lacking the physical component, the verbal blade was still present and actively in use. The threat of violent energy was constantly hovering in the wings.
Picture this.

I am routinely threatened with being shipped back to the foreign country where I was born, where They came from, to teach me a lesson and straighten me out.

Sometimes before being beaten.

Sometimes while being beaten.

Sometimes after being beaten.

I begin to wonder if not being cared about at all might be the most physically safer state of being.

I have been asked how I broke the cycle of violence, how it is that I have not become an abuser myself. With the assumption that all of you reading this understand I am only able to speak for myself, out of my particular experience, I will answer the question. First off, the question itself bears an inherent flaw: the assumption that I am not at all an abuser. You see, for me, breaking the cycle of violence came with a very steep price. Instead of externalizing all the toxic energy and physical violence, with which I was inundated, I internalized everything. So, it is fair to say that my abuser, and his enablers, was 100% effective in training me to torment myself, on His behalf, whenever He was not around. So, for many years, I have been internally abusive to me, myself, and I. It is in that sense that I am an abuser: literally directing everything inward rather than acting out upon others. 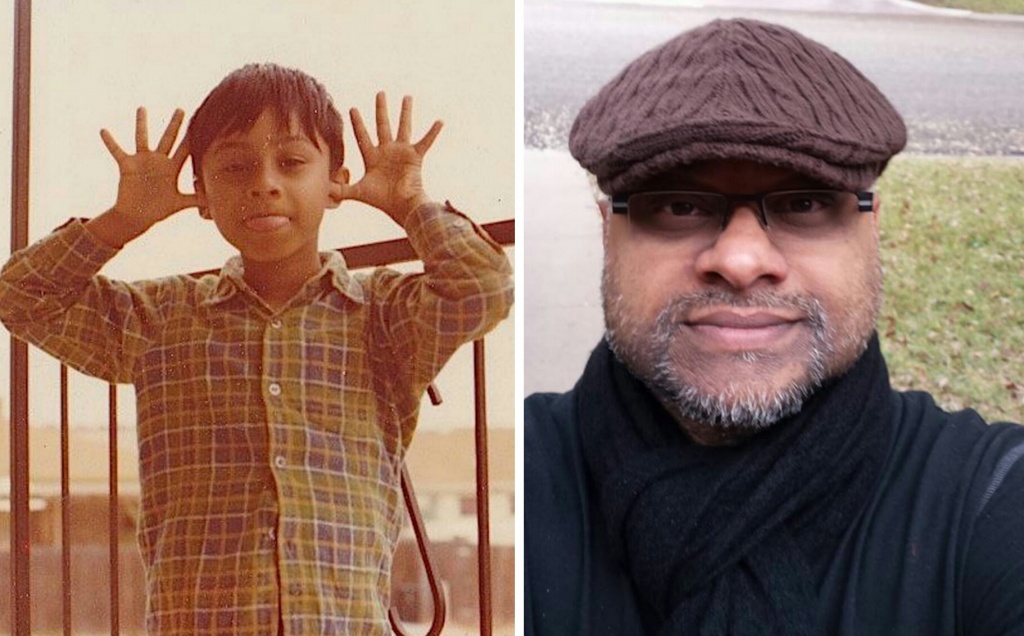