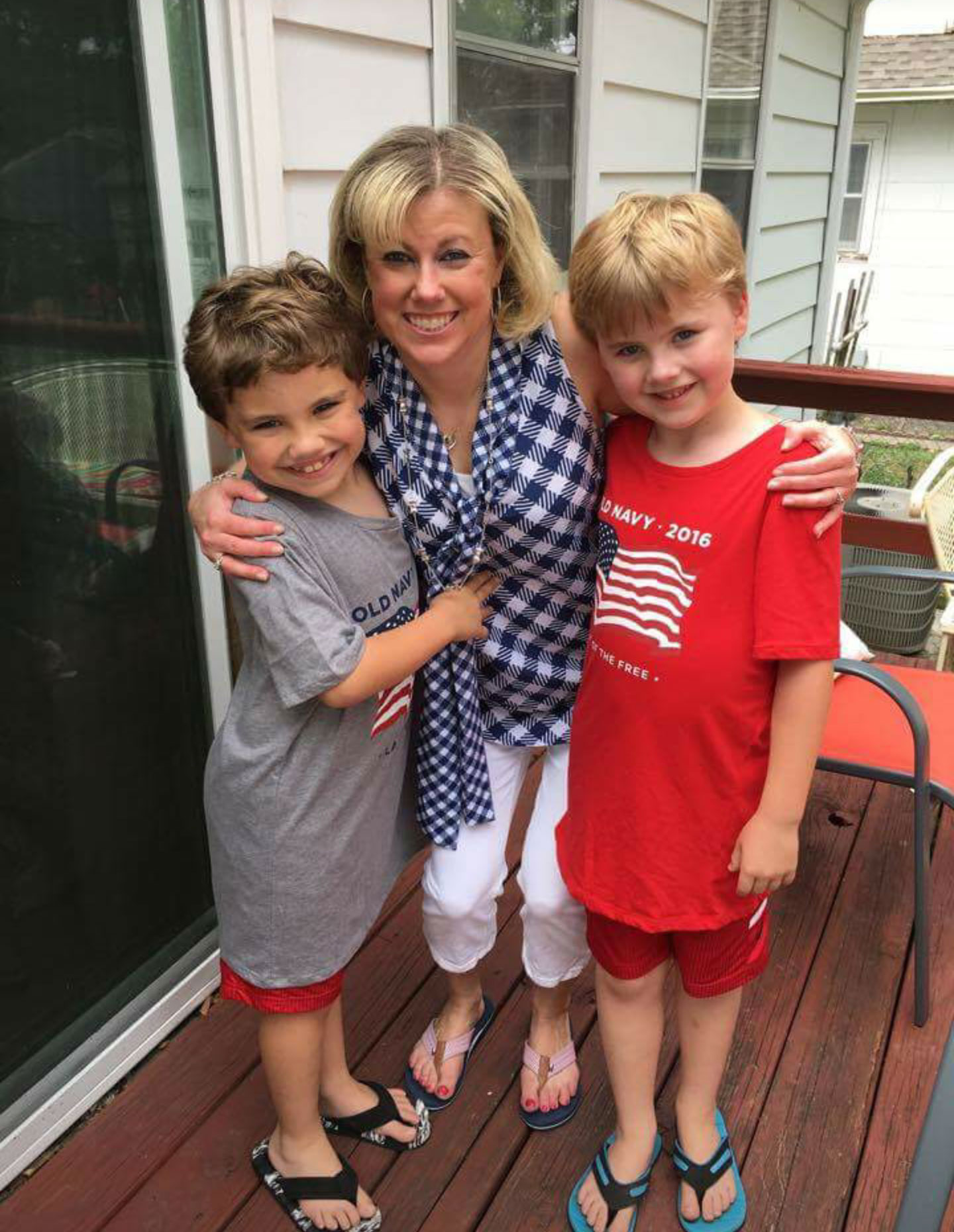 With open arms, please welcome our #SurvivorSunday feature, Tamara Jaastad.  Here, she shares with us her family’s journey to recent freedom and how they found the courage to rebuild one step at a time. 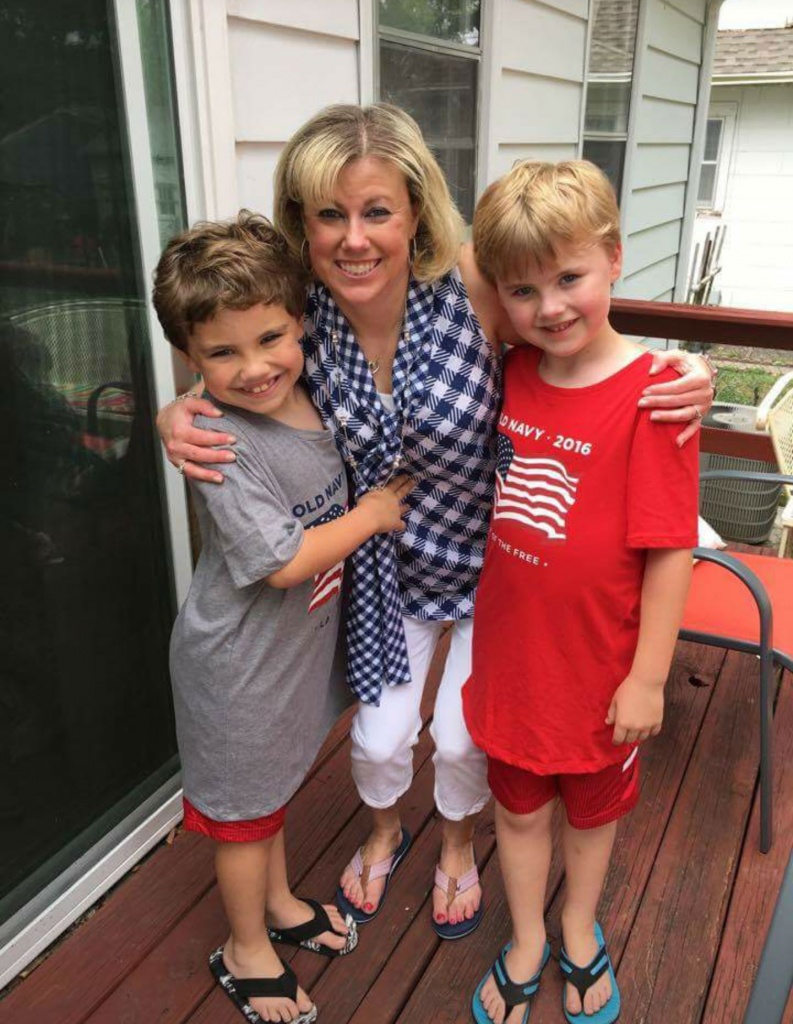 I just celebrated my 2 year anniversary where myself and boys were safely removed and started our new chapter of rebuilding our lives.  I am a survivor!  I am no longer controlled!  I am free to be me!  I never thought I would be a victim of domestic abuse or violence and I lived in the denial for several years that I was a statistic.  I cannot put a date to when it started other than from the very beginning of my relationship with my ex-husband, there were toxic signs I never put together.

I lived what I thought was a perfect life.  Nice house, husband, nice car, good job and most of all, 2 adorable twin boys.  Though the stress of being a working mother of twins was stressful and being the main source of income, I moved about my days making sure I provided all I could to my kids.  Slowly, I realized how much I did alone with taking care of them, feeding, all the house hold stuff while my husband sat on the couch watching tv and hardly ever assisting when I needed help.  This ate away at me and caused many verbal arguments.  I would call my parents so many times in the middle of the night begging to come and get us, for situations like locking me out of the house in the pouring rain only to leave me sleeping in the garage in a cold car, screaming matches which I never realized kept my boys awake.

Eventually those arguments turned to physical.  I tried my hardest to hide the bruises, scars and anything that could point to abuse but slowly, co-workers and friends got worried and I finally had to come clean when a friend stepped into my office to take pictures to document.  Her question to me was “how many times do you really fall down the stairs as each time, the wounds do not match the story”.  Had this not happened, I would not have had the courage to leave as I did not want to be divorced, as he always told me that he would ruin my life if I left.  But what good would I be if I ended up dead?

The physical abuse started in 2012.  It was in December and I had come home from meeting a friend after work which I was only allowed to do once a month and had to be home by a certain time.  I was late and I paid the price each time this happened.  My feet were knocked out from behind me and my head hit the ceramic tile.  From there, he crossed my legs over my body and proceeded to bounce and sit on me.  I weighed roughly 118lbs compared to his 200lbs.  This left me hardly able to walk as the back of my thighs were black and blue and I still have a permanent bruise with the outline of fingers.  I covered up by stating I had stepped on a hot wheels car and fell, darn boys need to put their toys away.

The next incident that was documented was December 31st, 2012.  After he came home drunk on New Year’s Eve, 2 hours late and I had been home with a sick boy.  After a brief verbal discussion, I was pushed to the ground where the top of my head hit the corner of an armoire causing 911 to be called.  I spent 4 hours in the emergency room and required 12 staples to my scalp and a huge dent that will always be a reminder when I wash, brush, touch my head.  I returned home and never received help to wash my hair that was covered in blood and never a true apology for not even finding someone to watch our boys and go to the hospital to be with me. This was the 1st of 3 calls to the police and put suspicion on my house.  My story, I was changing the sheets and one corner was stuck and I lost my balance when it came free.

July 3rd, 2013 we held our annual 4th of July party.  Always a fun night and kid friendly and once I got the boys down to bed, I was tired and went to bed myself. Next thing I know, I am being dragged out of my bed and my face forced into the floor.  The reason, at the time we were smokers and he could not find the pack and accused me of hiding it.  This caused rug burn marks, bruises on my face and body, along with a broken finger that he refused to admit it was broken until I went to the doctor 3 months later.  Now, I have a disfigured finger and unable to wear some beautiful rings.  My story, I was picking up after the party and slipped going down the stairs carrying two chairs.  This is when my co-worker decided to step in and take pictures.

October 2014, I was head butted in the nose and swept from under my feet causing damage to my nose and an elbow that was twice the size as it should be. My story, I fell again.

December 28th, 2014, I was swept from under my feet and a shop vac was put to my face and turned on twice all because I said something to he did not like. The police were called however, no charges were made as we were celebrating Christmas with his dad and step-mom with our children the next morning.  To this date, I cannot turn on a shop vac due to the noise and the force of suction.  Our house now flagged as a domestic abuse environment.

January 27th, 2015 is the day that changed my life and children.  After a very angry man took my kids from me at dinner with his step-mom, I can home and was yelled at, called the spawn of satin, that I was his problem for his anger issues and how dare I spend money to buy dinner.  He went upstairs and I am not certain what clicked in my head, but I called my brother and together, we called the police and within 10 mins, we were relocated to a safe place.  I cried the entire night and next day but knew I would not go back nor subject my kids any longer to the abuse they heard and saw.  The 3 of us went to court the next morning and I appeared in front of a judge in snoopy sweat pants and high heels as we left that quickly.  I was granted a protective order for a year and filed for divorce the following week.

The past two years have by no means been easy but each day, I get stronger and stronger.  Through the many concussions, broken bones, bruises, and heartache, I survived and now hope to raise my children that it is never acceptable to lay a hand on a female.  I cried one night when one of them said to me “Mommy, there is no more screaming in the house.  It is a quiet house”.  I never thought about that nor thought that people cared about the “secret battle” I was having as I was ashamed and always told it would never happen again.  I have made sure, it will never happen again and sharing my story, I only hope to help someone else.