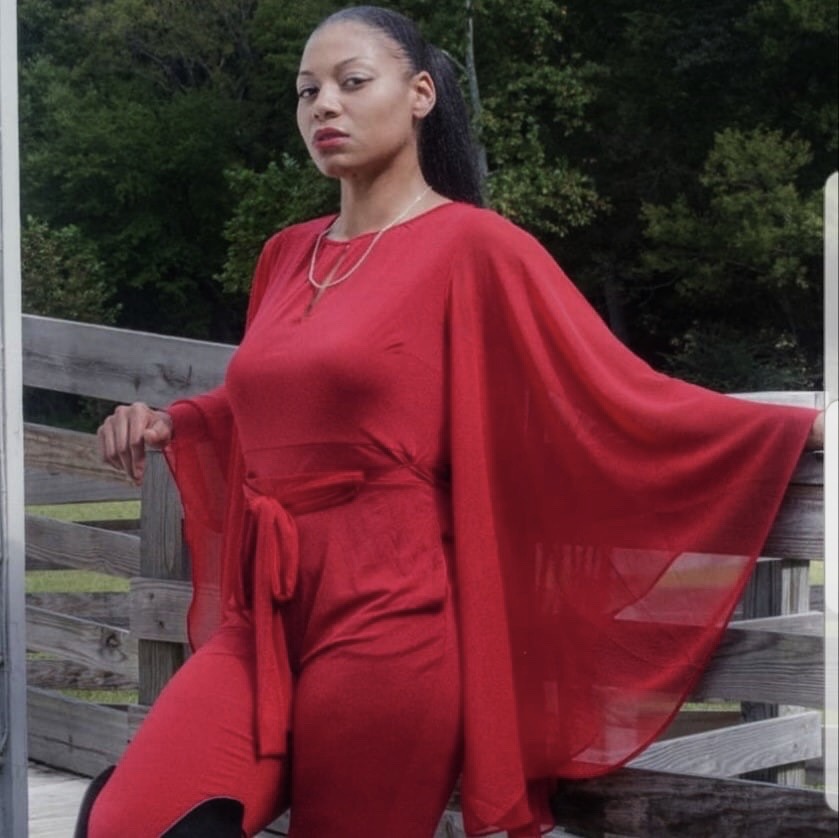 The first #SurvivorSunday feature of the new year is the beautiful and resilient Jasmine Blooms.  After surviving years of a tumultuous relationship, Jasmine shares with us the dangers of gaslighting and learning to see her worth with 2020 vision.

I am survivor. I didn’t even know that I was being abused.

It took for a close friend and my abuser’s own father to tell me to go to a battered women’s shelter.  For years I thought I was the problem.  So many times I heard “I never said that” or “that never happened”, when I knew in my heart of hearts that it did.  It took for a coworker and a good friend to educate me on what gaslighting is.

This started from the first week I moved in with my child’s father. He was caught way too many times entertaining other women. The arguments had become physical and after one of those many arguments I decided to move out and get my own apartment. My abuser moved in with his cousin and things got better with us with the distance. That was short lived. In November 2017 we were visiting my mother out of town. Our argument started after a practice for a modeling runway show I was in. It had escalated so badly that my mother wanted me to just stay with our son. But we all had to go back together because we traveled there in my car. On the way back home, my abuser did not stop yelling at me. I did not feed into his anger. I sat in complete silence, something he was not used to. He thrived off saying or doing something to get a reaction out of me. But my silence proved that I was no longer interested in fighting and debating with him and he would not let it go. He pulled over in a gas station parking lot, still yelling and saying things hoping to trigger me. I did not want my car to sit running and burning gas while he yelled at me, so I grabbed my car keys and turned the ignition off. He grabbed my hand and pulled at my keys.  My fingers were tangled in the rings of the car keys and I yelled out “you’re hurting me!” That further fueled his fire. He opened the car door and tried to push me out of the car in the rain. When he was unsuccessful pushing me out of the car on the passenger side, he pulled me across his lap and tried to throw me out of MY own car on the driver’s side. I continued screaming in utter horror because I couldn’t believe this was happening. I fought back scratching and biting and kicking. He finally stopped and went for the back seat and unhooked our, then, 1.5 year old son to leave with him. I fought him tooth and nail and told him that he was not leaving to walk 160 miles home with our child. I got out of the car and tried to pull him off of our son. My abuser turned around, picked me up and slammed me down on the pavement of the gas station parking lot. My head hit the pavement so hard that my vision blurred and I had lost all feeling in my right arm. It immediately went numb. Because my vision was impaired momentarily, my arm appeared broken. I screamed out “MY ARM IS BROKEN!” My abuser lifted my arm as  if it were something of disgust and tossed it back on the ground. He replied “Your f**king arm isn’t broken”, scooped my car keys off of the ground, and got back in the car. The last thing I remember is him cranking the car before I blacked out.

Lying there alone, wet and cold, I came to and found the owner of the gas station and four other people were standing over me. I tried to get up but my head, neck and back were stiff with pain. A beautiful African-American woman stood over me and told me that an ambulance was on the way. I asked her where was my son. She said he was in the car. My abuser stood far off to the side looking embarrassed and angry. A gentleman read my shirt “good
vibes only” and shook his head sadly. I never wore that shirt again after that day. The ambulance took me to the hospital and thankfully there was no
major damage done to my body. It felt like I had been hit my a tractor trailer truck though and there was a knot on the back of my head. After that day, my abuser checked himself into an drug, alcohol and anger management facility the same weekend I had my runway show. Oh yeah, I still went and did my strut as it was my first runway show– knot on my head and all. I asked my hairstylist to place my ponytail off to the side. I never told anyone what caused the injury.

Gaslighters are known for manipulating a person or situation to play in their favor. My abuser told me that he never picked me up and slammed me.
But I had tripped over his feet during our scuffle and we both fell and he fell on top of me. And I believed that. It didn’t feel or seem right to me.
But I did. I believed that. That same year on Thanksgiving, my abuser initiated an argument with his stepfather. I had invited my abuser’s mother, sisters and other family over as it was my first Thanksgiving that I had cooked. Gaslighters are also well known for ruining holidays and special events because it is a time when the attention isn’t just on them. A gaslighter craves attention and are very insecure. Because of that argument Thanksgiving 2017, my abuser has not seen her only grandson to this date. Not from lack of effort on my end but because she is stuck in the middle of her own abusive relationship as well as her narcissistic son.

Fast forward to 2019. I made up in my mind that I was not taking this man along with me in the new year. And he knew it. I found out that I was
pregnant with his child shortly after one of our many arguments that caused me to get arrested for defending myself. I went to a hotel room to get away from him and while there I realized that I had not had a period in a while. I was pregnant. When I went back home I left my pregnancy tests (yes 2 of them) on the dresser where he could see them before going to work. He never spoke on it until he asked about getting an appointment together to see a counselor to “work on our relationship”. I mentioned that I had an appointment with a doctor about my pregnancy and he acted so surprised and
said he never saw the positive pregnancy tests that I left on the dresser while he was home. Typical gaslighter tactic. In January 2019, I terminated
my pregnancy. I regret it to this day. I have to leave with the pain and agony that I felt while having a beautiful life sucked from my body. All
due to the fact that I could not fathom the thought of bringing another child into the world and live in this hell that I was in with my abuser. I
went alone. It had to be done alone. March 2019: I had already went to the courts to have my abuser removed from my home since he would not leave on his own. I had asked him many times to get a 2 bedroom apartment so that our son would have his own room and we would work out visitation among ourselves. Between my birthday and Valentine’s day, he had tried everything he could to make it seem like things would be “better this time”. Things would be different and he could change. A gaslighter NEVER changes. The only thing that changed was from him being sweet and kind looking to “win me back” to standing above me in the dark as I slept looking through my phone or staring at me. One morning I woke up preparing for work. He came in the bathroom to open and close the door. It was so weird. I closed the door. He opened it. I closed it. He opened it. I left it open. He came in to close it. I asked him “what is your problem?” and that was it. He came in the room chest to chest with me yelling and pushing me. He threw my work clothes and pushed me down in the bathtub. He made bruises on himself with a door, claiming aggressively and adamantly that I caused them. My neighbors called the police and when they arrived he was arrested. Two hours later he was released and I was unable to get my protective order extended. The judge actually let him back in my home! That was my breaking point. I went to get our son from daycare and ran to a shelter. Two days later my abuser found me there and I was moved.

My battle is still not over but I am far from where I was. A gaslighter will perceive themselves to be a pillar of the community for those in
society but won’t show who they truly are. My abuser did that and that’s how he got away with so much. However, he has gradually shown his true
colors. My abuser has been caught behind the court house stalking the judges. He has stalked me twice. He has stalked police officers. He has
talked down about me in front of our son. He has told family members that I am the problem. He has turned my closest friend against me by using
triangulation. He has tried to use my weaknesses to throw them back in my face. He has refused to take any responsibility for his actions.
But I still stand. I am still here. Still caring and raising our son successfully. I am a provider. A mother. A model. An advocate. A poet. And
a survivor. Everything he tried to take from me he failed. I am still standing. And I am still strong