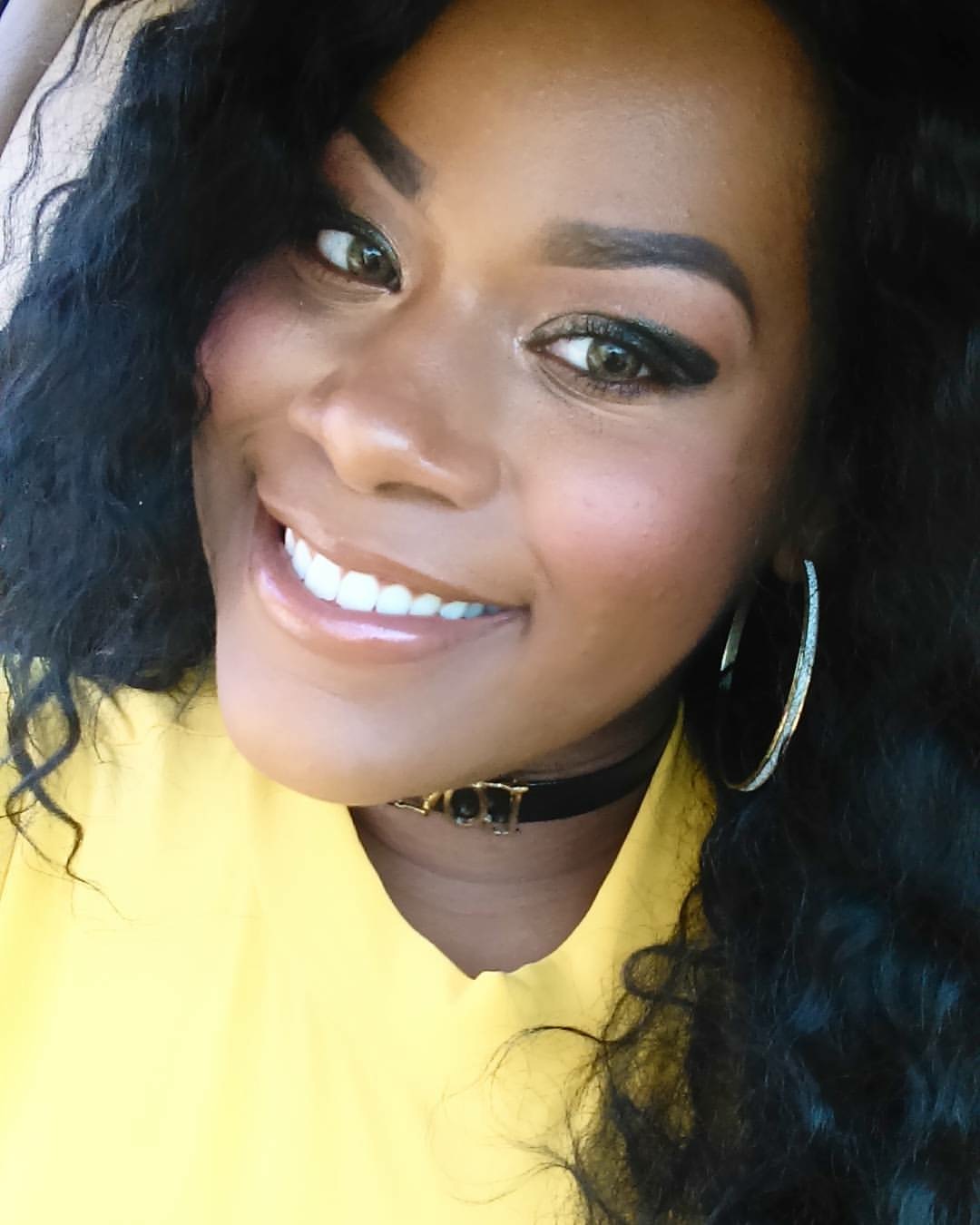 This week’s  #SurvivorSunday feature comes by way of the beautiful and talented, Bonnie Love. A passionate musical performing artist, Bonnie speaks candidly about overcoming toxic situations, depression and heartbreak while using her art to piece together the parts of her that were once broken in the hopes of finding (and keeping) her worth.

My life was never a fairy tale. I spent most of my time asleep because my dreams were more tolerable than my reality. It’s been that way for as long as I can remember. I watched my mother and stepfather fight often. One day I spoke about it to a friend and when it got back to my mother, I was beaten. This was one of the reasons why I kept quiet and to myself when things weren’t going well. Instead, I read books and wrote in my journal. This way, I could express myself and no one was hurt. My journal then became a book of poetry and songs. I wrote every 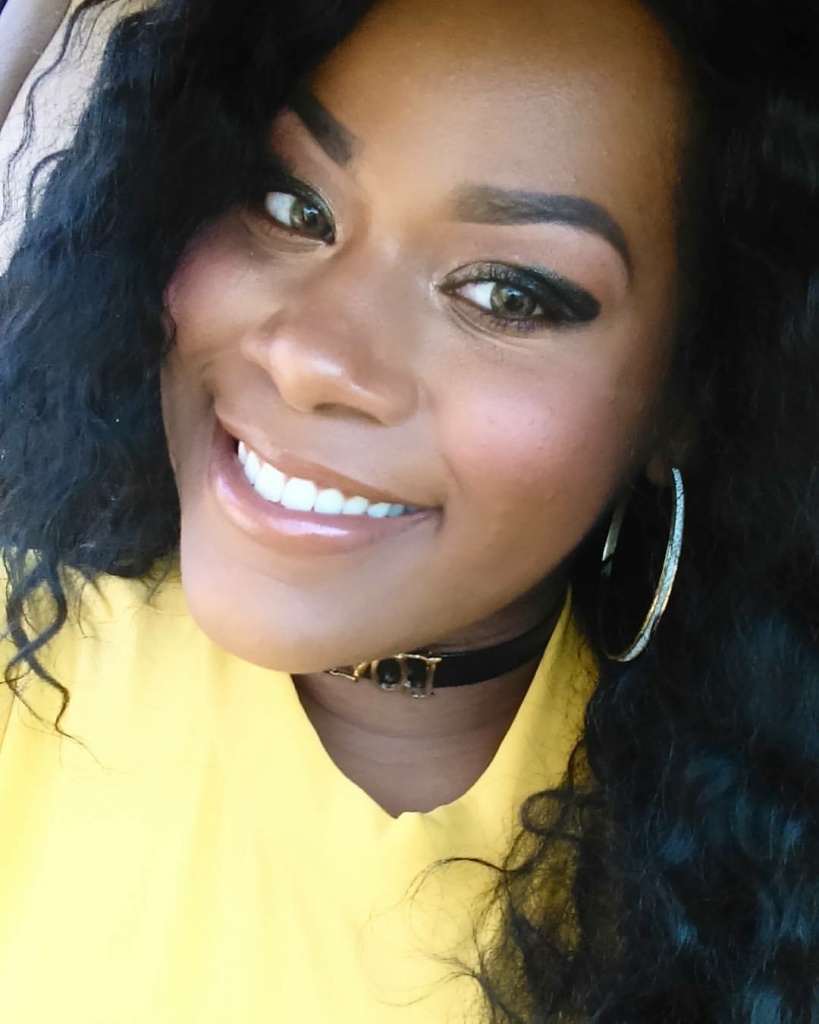 I was bullied up until junior high, mostly verbal but physical as well. I didn’t know about self worth or self respect, only to respect others. I didn’t smile much and wasn’t used to compliments, so hearing things like “Hey sexy” or “Damn girl, you getting thick” was taken lightly by me.  All I wanted was to be accepted so I’d say or do what a boy wanted to keep him around. I started experimenting with sex, drugs and alcohol at a young age. Unaware of the power that I was giving away.

At the age of 16, I had my first son, and man, did it change my everything. By the time I was 24, I was a single mother of 4 children. Besides my children, music was my first love but in summer of 2014, I met the love of my life. He was tall, handsome, romantic, funny as hell, and just as passionate about music as me. We were friends for a while then became exclusive in October 2015. The next month we took a big step and moved in together. I was on top of the moon, or so I thought.

I started noticing changes like friendships fading away and less offers for music features or performing events. But it was cool because we traveled together doing what we loved…making music. We would discuss marriage, goals and he’d surprise me with gifts just because. thought I finally had my fairy tale love. I even put on a little “relationship weight” but he treated me no different. Months passed and we decided to up size our home. Doing so, we agreed to let relatives live with us. Never again! We went from paying no rent to $1000, plus utilities, transportation and our well being, not to mention caring for 4 kids. The weight kept coming on with no desire to exercise, or even write music. I soon discovered my love had a temper when things didn’t go his way. The “just becauses” stopped, the compliments stopped, the love making and communication died. He’d go days sleeping in the other room to the point I started questioning myself again. He’d yell so loud it’s like the room shook, slammed doors and hit the walls. All I could think about was my children in their rooms crying and what I went through as a child, so I wouldn’t argue. I’d take my kids and go to my mother’s place.

After he lost his job, he went into depression. I was right there beside him, holding him as he called a relative crying saying that he didn’t have anyone and that no one cared about him. I realized then, we were over. I’d gone from cloud 9 to a dark cloud in less than a year. We went our separate ways. Here I was, still having to work while renting U-hauls before or after my shift, loading and transferring almost everything from a 7 bedroom house with very little help, and very little sleep. But we got it done! I had to get HIM out of my system, but EVERYTHING reminded me of him! Movies, food, music. I’d cry myself to sleep. Now I was getting depressed. I had to change my thinking, my habits and start all over again. Looking at my reflection wasn’t easy, I wasn’t the same woman but rather broken hearted and still confused as to why this all happened. As if things couldn’t get any worse, just days after moving into my new place, I lost my damn job!! Shit happens! There was no time to feel sorry for myself, I have kids to feed. So I went on a job hunt and I got it! While training on my new job, he would still contact me about tax money and documents, but I never mentioned the $3000 in debt I was left with upon his departure. I just wanted peace. I just wanted to be happy again.

One day I decided to book a studio session in the hopes of rekindling my love for music. Before I could even began to record the song, I experienced a nervous breakdown in front of  my children. Asking myself “Why did he do me like this?!” That breakdown was my breaking point. I realized how low I had really gotten. My producer had to pick me up off of the floor. Once I got myself together to talk, my producer gave it to me straight. “Fuck him, B!!” he said. “It’s not about him anymore. You have to focus on you and your kids.” Of course he was right. He then encouraged me to start back writing. But something that was once so easy to me became so hard because it still reminded me of him. Then it happened. One night I stayed up until 6a.m just writing one song. Progress! My prior confusion over the drastic turn of our relationship then turned into anger and I broke the T.V. he left me. It was in my way. To me it was a symbol that he was still a distraction. This brokenness was not a state I wanted to be in! One day sitting in my van after work when I cried to God. I asked God to help me get him out of my system because I didn’t want to be angry anymore. Maybe 2 days went by and I received a message from an old friend asking me to create a dance routine for her boss’ birthday celebration. I accepted. It was a challenge for me but it gave me a daily workout which was cool because I didn’t have time for the gym. I got to meet some hard working women, all very supportive and it was a great way to get my mind off of him. Well, the job I was training for didn’t work out but my brother got me a job at his restaurant the next day. Look at God.

On June 30, 2017 I was on my way to a Busta Rhymes concert when my tire went flat. I was not about to miss this concert though. My friend drove us there and I had the time of my life!!! I got to meet the Godfather of rap, a man who helped inspire my music career and I was finally back on cloud 9 again. The next morning I went to go change the tire on my van only to discover it was stolen. But because I had a new outlook on life, I didn’t shed not one tear. Shit happens!!! I used that to my advantage and started walking where I needed to be. I’d walk to work, walk to dance rehearsal, the library. Turns out I had a lot on my mind.

To date, I have lost almost 30 pounds since the split. I also started making myself a priority again and doing the things I love to do! I’m still dancing and working on starting a dance team in my city. I’m currently recording an R&B album set to drop Spring 2018 and also started designing and creating dresses and apparel (coming soon). I’m much happier, healthier and most importantly, my children are happier. I now know that I am PRICELESS!! I raise my daughters to have that same knowledge of themselves and I’m just getting started! #iAmazaan