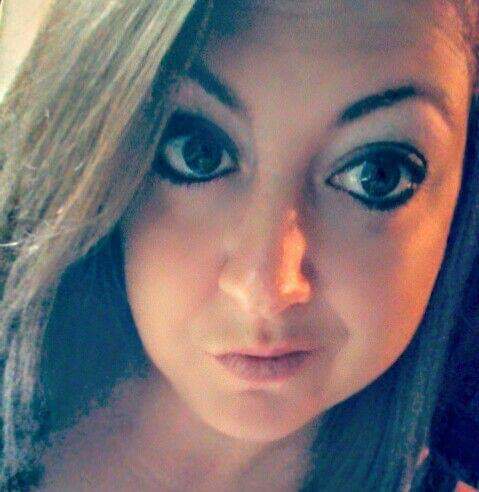 Happy New Year!  This month’s #SurvivorSunday is brought to you by Victoria Sahnow, a “Super Mom” with a story to tell.  Here, Victoria aka Tori,  shares with us some of her darkest moments endured during years of verbal, emotional and physical abuse.  She also shares the triumph in overcoming those moments and just how strong a mother’s love truly is.

I’ve been in an abusive relationship.

You know what I remember? I remember having to get stitches in my lip because a Lysol can was thrown at my head. I remember being driven 100mph after he punched my windshield so hard it shattered and being narrowly missed by his fist. I remember being choked on several occasions. I remember being pinned down and told that he was going to kill me…and almost raped for fighting back(luckily, I fight hard).

reminded constantly that there was a .38 in the house and that I would know where it was when he felt like he needed to use it. I remember sleeping with the lights on, hugging a broken table leg in case I needed it one night while he was storming through the house in one of his hours-long rages.

I remember being told I was “nothing”, “not worth shit”, “weak”, “good for nothing”, “a slut/whore”,”bitch”, etc. I remember even after leaving, having my car windows busted out repeatedly and my house broken into at night, waking up to his shadowy figure walking through my house. And, being choked in my own house (again) after he walked in like he owned the place….and being told by the police on numerous occasions that because we were still legally married, the damage he caused was a civil matter, not criminal….and them refusing to arrest him for choking me when I stood there with bruises around my neck. I remember pulling myself up from some seriously dark places. Getting 2 degrees. Getting a good job.

But, you know what I forgot—back then?

That my son was watching. He heard, saw, and KNEW all of it was happening. Even when I thought he didn’t….He did. And he remembers. She doesn’t because I got us out before she was old enough to remember. I remember now. And, I make sure every day, in some way or another, I address it and protect BOTH of them fiercely from ever having to go through anything like that again. But, I still beat myself up all the time for not protecting my baby boy then. I know I can’t change it, and I know he forgives me. So, I do all I can to emphasize how we’re going to keep moving forward, how we’re going to keep being positive. I even make it a point to remind them both of the positive memories of Daddy and that he does in fact love them very much, even if he isn’t able to show it right now. I refuse to let it control either of them (or me) by consuming them with anger or sadness. My point is, you might be able to hide your bruises and emotional scars and “forget”, but your babies won’t. Get them out. Help them heal. And, help them remember what’s positive. ❤