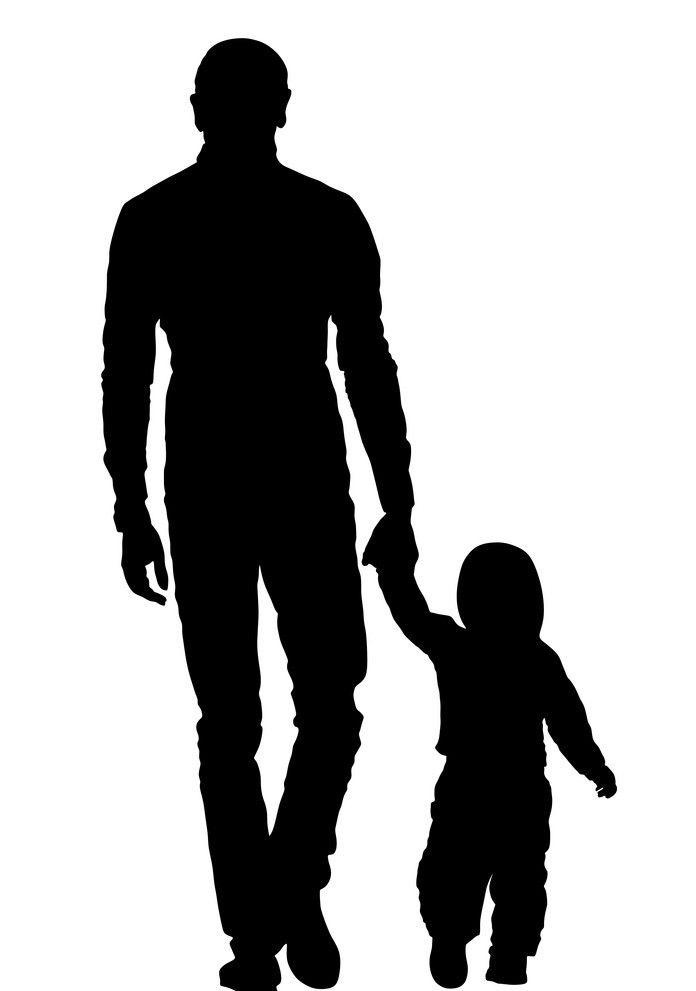 This month’s #SurvivorSunday comes by way of a call received to our team from a young man named Mike.  Struggling to put words onto paper, Mike verbally shared with us his experience and allowed us to pen his story of a young and exciting love turned toxic, and the challenges of being a man coming to grips with that reality.  As expressed to us, his hope is that coming forward with his story will not only show an often untold side of domestic violence, but also empower other men to recognize their worth.

I wanted to write a letter to you all, but decided to call instead because 1.) I know for a fact she still checks my emails and 2.) It’s easier to stay anonymous this way.

Those are the things I thought about as I sat in front of my computer trying to figure out what to do next.  That and how the fuck do I even type what I have to say? Me, a 6’2 former high school athlete turned college graduate with a good job, good credit, and nice house.  Me, the guy raised in the suburbs in a 2 parent household with a mom and dad who are still in love 40 years later.  I grew up surrounded by love.  Real love.  The kind of love that ‘The Temptations’ used to sing to my parents about as my dad spun my mom around our small kitchen.  I remember my sisters and I standing in the doorway and watching them dance.  I would smile because they were so happy (and corny), but I would also worry that she would bump into the table as he twirled her around.  It turns out all that worrying was in vain because she never did because he never let her.  I was 12 years old when I realized that’s the kind of love I wanted when I grew up.

It was my second week of my senior year in college when I stopped in the campus cafeteria one day to grab something to eat before class. When I first saw her, she took my breath away.  5’5ish, slim with short curly hair–no lie she reminded of Jada Pinkett back in the day.  She was holding up the line because she couldn’t find her wallet in that huge purse of hers (Side bar…WHAT do you ladies keep in there anyway?!) and people were getting frustrated.  “Hold your got-damn horses!”, she said to the lady huffing and puffing behind her, who happened to be standing in front of me.  “Hmmm. Feisty like Jada, too”, I thought.  After another 30 seconds or so of holding up the line, I could see her face start to flush with more than anger– embarrassment, shame–I wasn’t sure.  Either way, I decided to step in because I was hungry and needed to get to class and she was bound to curse out Huffy Puffy any second.  Stepping out of line, literally and figuratively, I approached the cafeteria cashier and told her I would pay for “Jada’s” lunch.  As I was pulling out my wallet I felt a hard poke in my shoulder and saw her staring at me, finger mid-air, with her lip curled in anger.  It was kind of cute actually.  “What, you think I can’t pay for my own lunch?” she asked with an attitude.  “Nah, I think you can’t find your wallet in that big ass purse and I gotta get to class”, I hurled back.  Huffy Puffy laughed loudly behind us and Jada and I both turned to give her the “mind your business” look.  Running her fingers through her short hair, she looked back at me with a sheepish grin and finally gave in–but only if I let her pay me back.  I bought her burger and fries with extra ketchup and mayo on the side and for the next 24 minutes, she paid me back every cent and more with that smile.

Jada and I began talking every day after that.  I learned that she loved to dance but admittedly didn’t know how, knew every Prince song, hated bugs but also hated killing them. “Their lives matter, too, Michael”, she would say.  We laughed at the same sarcastic jokes, were both die hard basketball fans (my Lakers vs. her Miami Heat), loved action movies and were close with our families.  She, however, grew up in a single parent home; her mom having left her father after years of infidelity and abuse.  The oldest of her siblings, she got used to being a caretaker and nurturer after her mother took on extra jobs to make ends meet.  Our examples of family and love were very different, but as the weeks turned into months, we both began to feel the same pull towards each other.  For the first time, I believed I was in love.

We were 6 months into what I considered the best relationship I’d ever had when things started to change.  Up until that point everything was sweet and I’d already made up in my mind that I was going to marry this girl one day.   Yeah, that’s a big decision to make in my early 20s but I’m telling y’all she had me mentally, physically, sexually, and spiritually.  I’d never met anyone like her.  Anyway, we were chilling in my room and watching movies one night when she casually asked, “Babe, who’s Nikki?”.  Still watching the movie and absentmindedly reaching for the popcorn, I asked, “Nikki, who?”  She grabbed the remote from the bed, muted the TV, and turned to face me.  “Nikki…the girl whose profile picture you liked on Facebook yesterday.”  I looked at her for a second before taking the remote back and replied “Oh, that’s my mom’s best friend’s daughter.  I told you about her.  We grew up together.”  Jada started chewing on the inside of her cheek like she does when she gets frustrated and said, “Okaaaayy, but why did you like the picture? You like her?  You think she’s prettier than me?” Now, at this point I’m confused and getting irritated because all I’m trying to do is watch the movie, but for the sake of not getting her more frustrated, I answered her questions. “No, babe… she just graduated her nursing program and was celebrating.  It was a nice picture so I liked it.”  I guess that wasn’t a good enough answer for Jada because the next thing I know she snatched the bowl of popcorn, threw it in the trash and told me she would be back once I decided to stop lying to her.  She ignored my calls and texts that night and the next day; eventually showing up at my door two days later with a new Red Box movie and my favorite popcorn.

Jada never did tell me why she was so upset that night, but I soon learned that it wouldn’t be the only time.  Innocent interactions on social media became a source of so many arguments that I eventually deleted my pages just to avoid the drama.  If I missed her phone calls– didn’t matter if I was in class or at my part-time job–she would send a barrage of text messages asking where I was and who I was with.  Soon it evolved from asking about all of my female friends to demanding that I stop talking to them altogether.  If I told her I wouldn’t or that she was overreacting, she would accuse me of sleeping with them and the argument would get 10x worse. It got to the point that I began to feel suffocated, but because I loved her I thought I just needed to do more to reassure her that I did.

When times were great, they were really great.  We still enjoyed each other’s company, talked like best friends and were just as mentally, physically and sexually attracted to one another as we’d been in the beginning.  When she became pregnant we were both elated.  Scared, yes, because we hadn’t yet finished school, but happy because we already knew we were going to spend the rest of our lives together so our baby just sealed the deal.  Little did I know things were going to take a turn for the worse.

Jada’s insecurities rose to a whole new level during her pregnancy.  She demanded to know where I was every second of the day and would go into a crying fit of rage if she didn’t.  Her crying spells eventually turned violent as she formed a habit of throwing things at me when she was upset.  I’m not talking soft shit either– I’m talking glasses, dishes, shoes–whatever she could get her hands on.  She would always apologize and say her pregnancy hormones had her acting out of character. Not wanting to stress her out any more than she was, I would console her and accept her apologies.  It got to the point that I could only avoid arguing and drama as long as I was around Jada, so I stopped doing the extracurricular things that I enjoyed like hanging with the fellas, running, or even visiting my family as much.  I just wanted her and our baby healthy and whatever I had to do to keep her as least stressed as possible, I would do it.

It wasn’t until I saw a post that someone shared from your organization (yes, I eventually opened my Facebook page back up) that I started to realize that my relationship was abusive, or at the very least, unhealthy. Until I saw that post with statistics on domestic violence against men, I never thought men could be abused–not real men anyway.  Aside from a shove during an argument here and there, Jada had never put her hands on me so who am I to claim being a victim of anything? So, I didn’t. Not after the countless times she went through my phone, my emails, or my social media. Not after cutting up the shoelaces to my sneakers, breaking my belongings, or demanding to know where I was at all times. Not even after the name calling, the silent treatment for no reason or trying to embarrass and belittle me in front of my friends.  I chalked it up to the fact that all relationships have problems and excused her behavior as the result of years of growing up in a toxic household.  I told myself I just needed to be more, do less and love her harder.

Why do I stay?  I stay because of our son, who is my pride and joy, and the fact that I am afraid to lose him.  I stay because every argument that we have she threatens to never let me see him again.  I stay because–to many of you–my story doesn’t matter.  Shit, it almost didn’t matter to me.  I am not a woman covered in bruises, defenseless against the rage of a man twice her size. I am a good 6’2 man in love with a broken 5’5ish woman who loves burgers and french fries with extra ketchup and mayo on the side. I stay because every time I want to leave my heart tells me to hold its’ got damn horses.

And because maybe, just maybe, if I hold on long enough our son can watch me twirl her around our kitchen.