by Sui-Lee Wee, The New York Times: A city in eastern China is preparing to roll out a database that would allow people getting married to check if their prospective partner has a history of domestic violence, in what’s being called the first of its kind in the country. The government of Yiwu, in eastern Read More > 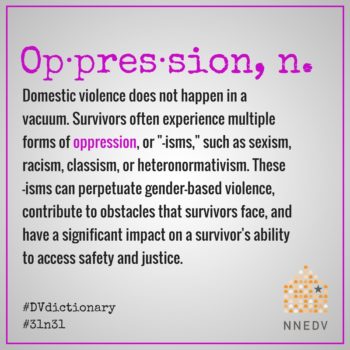 by Tori Vandelinde, Prevent Connect: The Washington Coalition of Sexual Assault Programs (WCSAP) released their free eLearning Unit “Exploring Intersections: A Primer on Racial Violence.” This primer is meant to introduce learners to racial dynamics in the United States. The course builds on understanding definitions of terms used in the racial justice movement to initiating Read More >